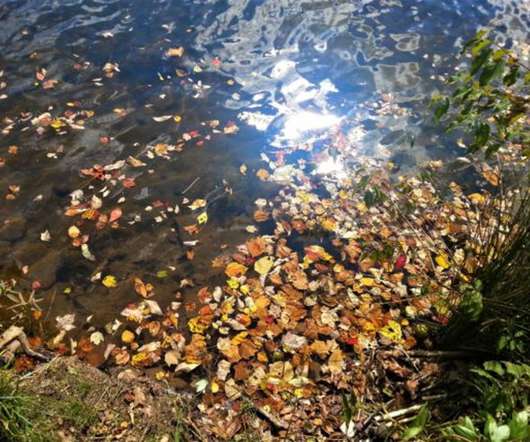 BYD wins order for another 406 electric buses in Bogotá, Colombia 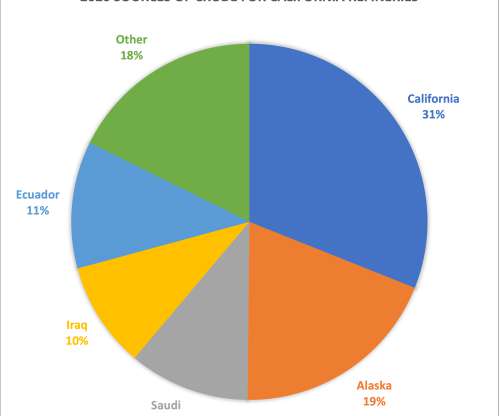 Ecuador was another large single contributor, with 11% (55,091,542). Each year, the California Air Resources Board (ARB) posts the Annual Crude Average carbon intensity for crude oil delivered to California refineries.

BYD to add another 183 electric buses to Santiago’s fleet

BYD electric buses are servicing markets in many countries across Latin America, including Chile, Colombia, Argentina, Brazil, Ecuador, and Uruguay. The Chilean Minister of Transportation and Telecommunications, Gloria Hutt, recently announced a new order for 183 BYD electric buses for the Chilean capital of Santiago, due to arrive in August of this year. 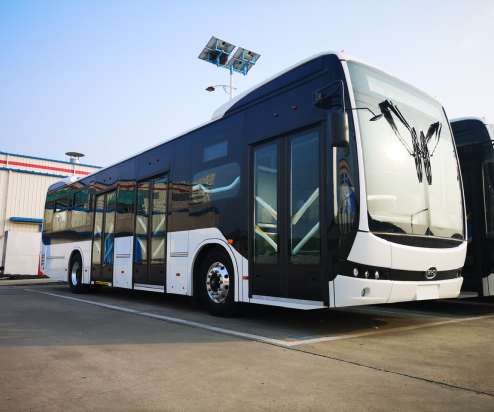 BYD’s zero-emission transportation solutions have gained ground in Latin America, and now successfully service markets in many other countries across the region, including Ecuador, Chile, Brazil, Peru, Panama, Uruguay and Argentina.

All the other major sources of crude declined, with the exception of Ecuador, which increased 18.7% Pursuant to section 95489(c)(3)(B) of the Low Carbon Fuel Standard (LCFS) Regulation, the California Air Resources Board (CARB) Executive Officer has posted the final 2017 Crude Average Carbon Intensity calculation: 12.52 CI (gCO 2 e/MJ).

square feet) of rainforest in Ecuador per customer per month. As an accompaniment to the market launch of the A3 e tron plug-in hybrid ( earlier post ), Audi is offering customers in Germany green electricity: Audi energy. The cooperating partner is the Hamburg energy provider LichtBlick SE. With Audi energy, the A3 e tron is totally emission-free when operated electrically. 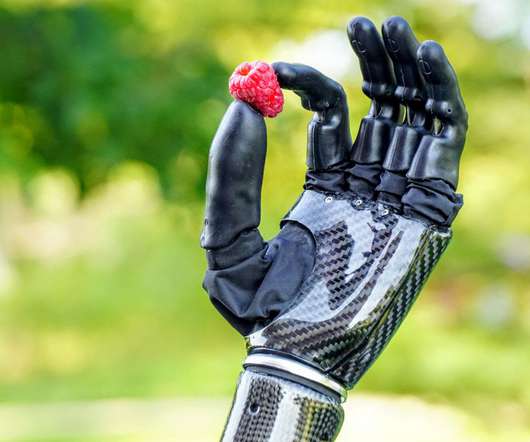 Akhtar and Nguyen flew to Quito, Ecuador, to test their product on Juan Suquillo, who lost his left hand during a 1979 border war between Ecuador and Peru. On a visit to Pakistan with his parents, 7-year-old Aadeel Akhtar met a girl his age who was missing her right leg.

Ecuador’s Oriente was in fourth place with 34,975,946 barrels and a CI of 9.34. Staff of the California Air Resources Board (ARB) has posted its calculation of the average 2012 annual carbon intensity of crudes supplied to California refineries. The average value is 11.36 gCO 2/MJ, calculated by weighting the carbon intensity value for each crude by the volume supplied to California refineries during 2012. The 2010 baseline Crude Average CI value is 11.39

In addition, Chevrolet set record first-half sales in many countries, including Argentina, Brazil, Chile, China, Colombia, Denmark, Ecuador, France, South Africa, and Turkey. Chevrolet sold 2.35 million vehicles globally in the first six months of 2011, the best half-year performance in Chevrolet’s 100-year history. Chevrolet sold 286,499 more vehicles in the first half of 2011 than the same time period of 2010, a 14% increase year over year.

square feet) of rainforest in Ecuador per customer per month. As an accompaniment to the market launch of the A3 e tron plug-in hybrid ( earlier post ), Audi is offering customers in Germany green electricity: Audi energy. The cooperating partner is the Hamburg energy provider LichtBlick SE. With Audi energy, the A3 e tron is totally emission-free when operated electrically.

Opinion: Is Russia Plotting To Bring Down OPEC?

Putin has aligned Russia with OPEC’s have-nots—the members lacking financial resources to withstand low crude prices for an extended period and that have objected to Saudi policies (Iran, Iraq, Angola, Nigeria, Libya, Algeria, Ecuador, and Venezuela)—against the haves (Saudi Arabia, Kuwait, the UAE, and Qatar). by Dalan McEndree for Oilprice.com.