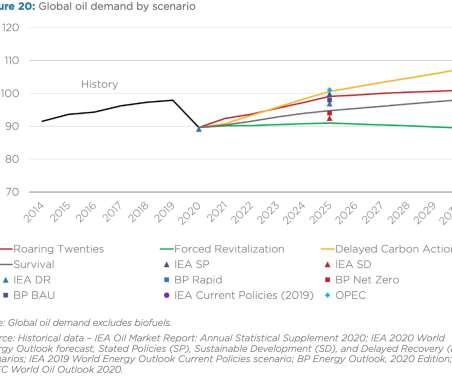 Many climate-related policies were already in place around the world prior to COVID-19, and the pandemic has accelerated the adoption of additional measures, but these interventions may not achieve their goal of reducing oil demand, according to the report.