An investigation into the cause of the fire involving a BYD e6 electric taxi resulting from a fatal traffic collision in China earlier this year ( earlier post ) concluded that electric arcs caused by the short-circuiting of high voltage lines of the high voltage distribution box ignited combustible material in the vehicle including the interior materials and part of the power batteries. MORE

Chrysler Group Global Electric Motorcars LLC (GEM), a wholly owned subsidiary of Chrysler Group LLC, recently launched the 2011 GEM vehicle line of low-speed battery-electric vehicles. More than 45,000 GEM vehicles are on the road worldwide. New for the 2011 GEM model year is the energy monitoring system, which allows drivers to determine the total amount of energy in kilowatt-hours (kWh) that the GEM vehicle has removed from the grid. MORE

Three passengers in a BYD e6 taxicab, including the driver, were killed in an accident in Shenzhen on 26 May. BYD e6 in flames following crash. A drunk driver crashed a high-speed Nissan GT-R into a BYD e6, and then collided with another, gasoline taxicab. China Auto Web. MORE

When Will EVs Hit Primetime?

BYD’s all-electric e6 production line at the company’s base in Shenzhen was “ready for manufacturing&# in March, but was only producing the gasoline-powered F6, according to Yang Binbin, who writes for Caixin magazine, a business publication based in Beijing. In March, BYD chief executive officer Wang Chuanfu announced that in the first half of 2010 the company will sell only 100 e6 cars, to a taxi company in Shenzhen. MORE

After being selected through a public bidding process, BYD has delivered 500 battery-electric, e6 police vehicles to the Shenzhen Municipal Public Security Bureau this week. The BYD e6 reaches speeds of over 140 km/h (~87 mph) with a range of 300 km (187 miles), making it suited for the demands of police utility vehicles. Individual BYD e6 mileages have reached 250,000 km (or 156,000 miles), equivalent to more than ten years’ service life in a standard consumer car. MORE

Today, we have an owner''s concern over a potential safety issue with the Tesla Model S electric car, details on the 2016 BMW X5 xDrive 40e plug-in hybrid SUV, and plans for UberX drivers to use the Chinese BYD e6 electric car in Chicago. We''ve got 2017 Nissan Leaf rumors, a look at Tesla''s battery-swapping. MORE

BYD to Supply Li-ion Batteries to a Major Chinese Automaker

BYD, the China-based battery and automaker, will supply lithium-ion batteries to one of China’s top three auto groups for applications in hybrid vehicles. In January 2009, it brought the F3DM, the F6DM (a larger version of the F3DM), and an all-new battery-electric crossover, the e6, to the North American International Auto Show in Detroit. Gasgoo. MORE

Model S customers can drive routes such as the E6 from Trondheim to Oslo, the E18 from Oslo to Kristiansand, the E39 from Kristiansand to Stavanger, and Highway7 from Oslo to Gol for free and with minimal stops. Superchargers provide half a pack charge in about 20 minutes, delivering up to 120 kW DC (Direct Current) power directly to the Model S battery using special cables that bypass the onboard charging equipment. MORE

2011 Think City Lives On, Still On Sale In Chicago Alongside BYD e6

Since then, Think’s misfortunes have caused battery maker Ener1 to also declare bankruptcy while its own future is now in the automotive equivalent of limbo. In June last year, Norwegian electric automaker Think filed for bankruptcy for the third time in its 20-year life. In one small part of Chicago however, Think is alive and well -- and MORE

The city will be taking delivery of more than 600 BYD K9 battery-electric Buses, 50 of which were delivered for the city’s Youth Olympic Games in August 2014. Authorities also placed an order for 400 of BYD’s all-electric e6, a 5-passenger cross-over utility vehicle, some of which have already hit the streets. Nanjing, China and Nanjing Public Transportation Group ordered more than 1,000 fully electric transit buses and taxis from BYD Company Ltd. MORE

Chinese automaker and battery specialist BYD is accelerating plans to bring its first electric vehicles to the U.S. market, announcing plans for a new headquarters in Los Angeles and claiming that its E6 model already meets all local regulations and standards. However, before you get all excited about getting your hands on a low-cost EV there MORE

One of those may be the e6 all-electric crossover built by Chinese manufacturer BYD. Famed financier Warren Buffet was so intrigued by the upstart battery maker-turned-auto Now that the 2011 Nissan Leaf and 2011 Chevy Volt have reached showrooms--a handful of them, anyhow--a new crop of electric vehicles will launch into the market for 2011. MORE

BYD Company Ltd (BYD) and Rotterdam City entered into an agreement to deliver BYD’s all-electric e6 vehicles as part of the Netherlands’ green transportation project “75-EV-RO”; these will be the first BYD e6s in Europe. MORE

The new generation of electric vehicles developed by the joint venture will capitalize on Daimler’s know-how in electric vehicle architecture and safety as well as BYD’s expertise in battery technology and e-drive systems. Daimler recently launched the smart fortwo electric drive and this year will introduce two Mercedes-Benz electric cars: the B-Class F-CELL with fuel cell technology as well as the battery electric A-Class E-CELL. MORE 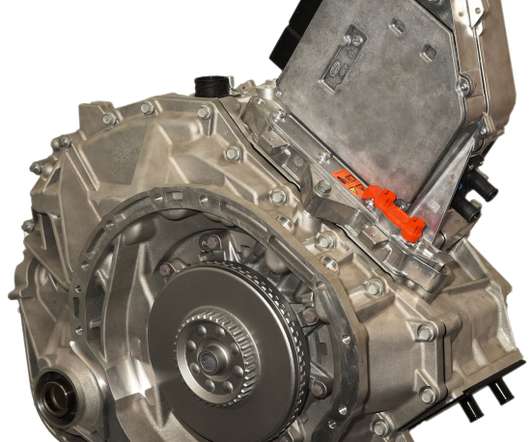 Under a newly signed a Memorandum of Understanding, BYD will supply greentomatocars with 50 of its battery-electric e6 models for trial use as minicabs in London. The company expects that the 50 electric BYD e6 will be available for its customers to use from the second quarter of 2013. The batteries can be fully charged and discharged for more than 4,000 cycles, according to BYD. MORE

BYD Plans Limited Introduction of e6 EV in US Next Year

BYD Auto, the Chinese automaker part-owned by a Warren Buffett company, plans to introduce a limited number of its e6 electric crossovers in the US next year, according to BYD Chairman Wang Chuanfu in an interview with the Wall Street Journal. BYD had showcased the e6 at the North American International Auto Show (NAIAS) in Detroit in January. The e6 at NAIAS in January. Inside the e6. BYD says that the e6 has a range of more than 400 km (249 miles). MORE

https://opoli.com , a ridesharing service and app based in San Diego, has partnered with China-based BYD Motors Inc, which will provide 50 e6 EVs to the Opoli fleet as part of a green initiative. The e6 has been incorporated in fleets in Hong Kong, London, Singapore, Rotterdam, Bogota and Rio de Janeiro. The e6 is equipped with a 75kW motor and a 61.4 MORE 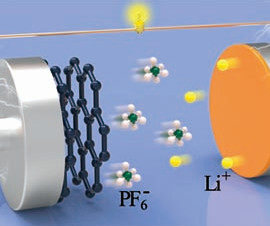 A team from the Shenzhen Institutes of Advanced Technology (SIAT) of the Chinese Academy of Sciences has developed a novel, environmentally friendly low-cost battery. The battery shows a reversible capacity of ≈100 mAh g −1 and a capacity retention of 88% after 200 charge–discharge cycles. MORE

The post-impact electric-car fire which led to the death of three people in Shenzhen, China earlier this year was not caused by the car’s battery pack, crash investigators have concluded. The tragedy happened in May, when a BYD e6 all-electric taxi was hit early one morning by a speeding Nissan GT-R traveling at 112 mph or more. MORE

China is starting a program to subsidize buyers of battery-powered and plug-in hybrids. BEIJING—China will subsidize buyers of battery-powered cars and plug-in hybrids under a pilot program aimed at keeping the country competitive in the global race to develop an electric-vehicle industry, but which also risks a public backlash. All-electric e6 vehicles made by BYD charge up in Shenzhen, where the cars are used as taxis. MORE 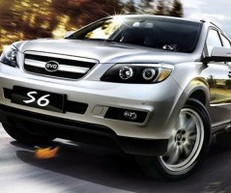 The S6DM uses a lithium-ion/iron-phosphate battery pack. One advantage of this technology over a pure lithium-ion battery is that the technology makes the batteries safer, according to the Wall Street Journal. The battery pack can be recharged by plugging the SUV into an outlet. MORE

The BYD e6 electric vehicle ( earlier post ) will now be available for consumer purchases in China; previously, the e6 was only available for fleet purchases. Consumers in Shenzhen will receive a substantial government subsidy—equivalent to about US$18,000 (or 120,000 RMB)—and the e6 unsubsidized price will start at ~$56,900 (or 369,800 RMB). BYD e6s have been in operation in government and taxi fleets for nearly 18 months. MORE

s BYD Auto said Monday it is in talks to sell its battery products to overseas automakers as part of a bid to take a lead in the alternative energy vehicle sector. It plans to begin delivering on the E6, a pure electric car, later this year. MORE

BYD and Hertz partnering on EV rentals in China

As part of the partnership, Hertz will rent BYD’s e6 electrical vehicle (EV) to Chinese consumers, municipalities and government agencies. As part of this agreement, the BYD’s e6, a 5-seat, battery-electric vehicle with the driving range of more than 186 miles (240 km) will be introduced into the Hertz China’s rental fleet making BYD’s e6 the first pure EV for rent in China. 300 more BYD e6s were added to these fleets in July for the 2011 Shenzhen Universiade. MORE