Launching in San Francisco in the summer of 2016 and in Los Angeles by the fall, Express Drive’s California members will have access to vehicles from the largest electric vehicle fleet in ridesharing, including the 2017 Chevrolet Bolt EV and the extended-range electric 2016 Chevrolet Volt. and Baltimore. MORE

The greening of the General Motors Baltimore Operations complex included the addition of 580 kilowatts of solar to the roof of its e-Motor building. Baltimore joins 70 achievers in GM, which is the global leader of the challenge. Maryland Energy Administration recognized Baltimore Operations with its Game Changer award for a smart microgrid charging technology created and managed in partnership with TimberRock Energy Solutions and OnStar. MORE

The pilot will integrate electric vehicle technology and charging infrastructure into the federal fleet and federal buildings to the best ways to use the technology in the federal fleet. is a fleet industry service for transportation, energy and environmental projects, and pioneer in the market development of alternative fueled vehicles. MORE

The study considered a distribution of 1 million EVs in the Washington-Baltimore Metropolitan Area and modeled the impact of charging the EV batteries in three scenarios: unmanaged charging; consumer-price-incentivized charging; and managed charging via a Central Network Operator (CNO). The greater Washington – Baltimore area was selected for modelling because it already experiences transmission congestion issues and is a targeted area for electric vehicle adoption. MORE

Veolia Transportation is launching Baltimore’s first propane autogas taxi fleet. The company has also installed an autogas fueling station in Baltimore to serve 50 Checker and Yellow taxis. Veolia Transportation is Baltimore City’s largest operator of taxicab services. With the price of propane autogas averaging $1 per gallon less than gasoline, vehicle conversions and fueling infrastructure are particularly cost-effective for fleets such as ours at Veolia. MORE

The fleet, which operates out of SUPERVALU’s Mechanicsville, Va., and North Carolina, is the largest private fleet of its kind in the Mid-Atlantic region. The conversion to natural gas will reduce the fleet’s annual oil consumption by more than 1 million gallons and result in 1,300 fewer tons of greenhouse gas emissions. and Baltimore. SUPERVALU INC. has purchased 35 Class 8 Volvo trucks that operate on compressed natural gas (CNG). MORE

Hybrid SUVs: Best of Both Worlds

Chris Baltimore (Reuters) wrote an article about how SUVs are down but not out here. The new-vehicle fleet in 2016 will look remarkably similar to today’s lineup, with pickups, SUVs and large, medium and small cars. Hybrid sport utility vehicles may be the best overall choice for consumers and auto manufacturers alike. MORE

The E-Truck Task Force (E-TTF) will include a cross section of fleet users (both those who have e-trucks and those considering purchase) and e-truck vehicle makers and suppliers. The E-TTF will meet periodically throughout this spring and summer, leading to a larger E-Truck Summit session on October 11th as part of the HTUF (Hybrid Truck Users Forum) 2012 National Conference in Baltimore. MORE

The Plug-In Partners campaign , launched in January 2006 by the City of Austin and Austin Energy, has attracted nearly 60 cities and counties, including Los Angeles, Dallas, Boston, Philadelphia, Chicago, San Francisco, Baltimore and Phoenix , as well as dozens of environmental, national security organizations, business and utility partners. The coalition is working with its partners to generate "soft" fleet orders to demonstrate the potential market for plug-in hybrid vehicles. MORE 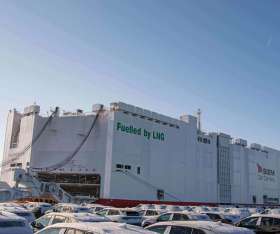 Siem Car Carriers’s (SCC’s) Aristotle , the second of two LNG-fueled PCTC (pure car, truck carrier) ships in the SCC fleet (the other is the Confucius ), is on her maiden voyage from Emden, Germany to North America. MORE

The new medium-duty delivery trucks, added to the company’s existing autogas fleet of 30 Ford trucks of the same model, will also help the company save on maintenance and fuel costs. Deployments in 2016 will include New York City, Boston, Dallas, Houston, Chicago, Philadelphia and Baltimore. Another propane autogas delivery fleet user is Bimbo Bakeries USA, with 84 Ford F-59 propane autogas-fueled delivery vans for its bread and baked goods. MORE

UPS to add 40 series hydraulic hybrid vehicles to its fleet

UPS is deploying 40 new medium-duty series hydraulic hybrid vehicles (HHVs): 20 in Baltimore and 20 in Atlanta. The HHVs in Baltimore will be deployed immediately while the vehicles in Atlanta will be introduced before the end of 2012. As of 2011, UPS’s alternative fuel and technology fleet has logged more than 240 million miles and is well on track to reach the company’s goal of 400 million miles by 2017. MORE 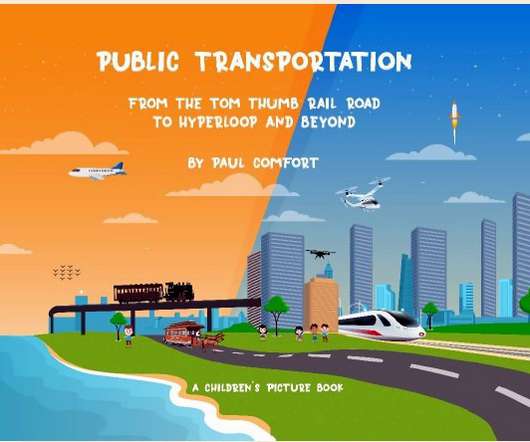 The Tom Thumb Steam Train, part of the B&O Railroad in Baltimore, Maryland, is the first character and dates back to 1830. Review by Steve Schaefer The post Book Review: Public Transportation: A Children’s Book by Paul Comfort first appeared on Clean Fleet Report. MORE

The official announcement was made at a ribbon-cutting celebration commemorating the first wheels-on-the-ground funded by MHTI at the Nestle Waters North America Deer Park facility in Baltimore. These five partner fleets are the combined recipients of the 143 heavy-duty hybrid trucks and have centered their deployments in Maryland and other clusters nationwide to maximize the impact of mechanic training on hybrid repair, service, and deployment. MORE

Maven is now offering its first all-electric fleet of cars for use in the gig economy; 20 Chevrolet Bolt EVs are available for freelance drivers in Austin, Texas to earn money on their own schedules. Bolt EVs in the Maven fleet have driven 6.5 Maven is excited to offer an all-electric fleet of shared vehicles for the gig economy. Vehicle reservations are now available in Austin, Baltimore, Boston, Detroit, Los Angeles, Phoenix, San Diego, San Francisco and Washington, D.C. MORE

The initial amount of cells will be used to build a test fleet of Plug-in Hybrid Vehicles with range extender as well as a certain number of Electric Vehicles for an Asian vehicle manufacturer. LTC will contribute its experience with several other automotive applications for its battery cells such as Volkswagen’s Flottenversuch, Karmann’s electric vehicle, and eRUF’s and DesignLine’s hybrid buses, which are operational in Baltimore, MD, New York, NY and at the Charlotte, NC Airport. MORE 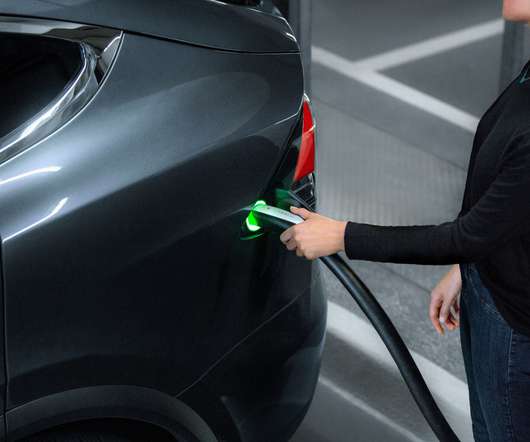 Momentum is accelerating in the necessary transition from a fossil-fuel-burning automotive fleet to electric vehicles (EVs). WeaveGrid’s first flagship customer is Baltimore Gas and Electric (BGE), as seen in the images above and below. MORE

Urban residents in Baltimore, Maryland, have a chance to go green at the city’s Inner Harbour, as manufacturer Electrovaya launched the country’s first electric car sharing programme. Electrovaya has labelled the fleet of emission-free cars a “game changer&# in urban transportation. According to research from the Maryland Energy Administration, Baltimore residents typically travel about 30 miles to work, which is well within the Maya’s range. MORE

Veolia Transportation is launching Baltimore’s first propane autogas taxi fleet. The company has also installed an autogas fueling station in Baltimore to serve 50 Checker and Yellow taxis. Veolia Transportation is Baltimore City’s largest operator of taxicab services. With the price of propane autogas averaging $1 per gallon less than gasoline, vehicle conversions and fueling infrastructure are particularly cost-effective for fleets such as ours at Veolia.